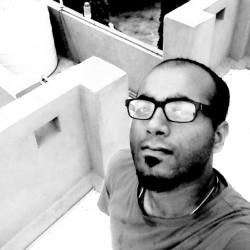 It is a bit difficult to accept what is original when it comes to mythology.

Of course, when it comes to religion. For example, Hinduism, it is a different matter. The Ramayana as written by Valmiki is considered original, and it may be true, but songs sung by musicians and bards tend to change and shift according to the crowd. Sometimes, lines can be forgotten, and new lines are retrofitted to accommodate the missing gaps.

Thus, it is a little difficult to ascertain whether the final Ramayana written down 2500 years is the original by Valmiki, or whether it has changed with time. We may never know. But it is still considered the Original.

And yet, a large population in India reads and shows familiarity with Tulsidas’ Ramcharitmanas, which is thematically similar to the original, but takes several liberties. Then there is the Kamban Ramayana, several regional Ramayanas, folk Ramayanas, etc. in use throughout India. All of them tell the same story but with several variations. There are several Ramayanas outside India as well.

Retellings In The Modern context

K.M. Munshi wrote his version of the life of Sri Krishna in a series of books titled the Krishnavatara series. It was one of the first retellings of Indian Mythology in the modern era. Over the last half-century, many retellings, feminist perspectives, biographical retellings, subversions have taken place. The purpose of these stories has been to relate a counterpoint to the Original work of the ancient authors. In a way, they have opened up large avenues for discussion within our mythologies.

The purpose of these works (and their importance) can be explained through the Percy Jackson Series by Rick Riordan. Teenagers who have read the series show a remarkable grasp of Greek Mythology, on which the series is based. Closer home, a similar kind of success has been achieved with the Shiva Trilogy by Amish Tripathi.

New To Connect to Mythology

It is possible readers today are losing their touch with old traditional roots. There are several reasons for these, not the least of which is that our ancient texts are in archaic languages. Translations also use heavy prose.
Therefore, it is now more important than ever that retellings take the place of standard tellings. Liberties may be taken just like Tulsidas or Kamban, but the spirit and ardour of these stories must be retained.

What do you like better: Original Mythology Tales Or Mythology Retellings?