India celebrated its 74th Independence Day on August 15. In the spirit of that, we present you the list of 30 books from 1947 to 2020. Let’s see India through authors and their books.

Just after gaining long struggled independence, it was important for the country to build a consciousness of its own.
English as a language, had already gained recognition. Writers started taking the foreign language to make it their own. However, the early phase was still struggling with the idea of a new country. During the first two decades, literature concerned much with the psychological implications of alienation and dissatisfied modern lives. Writers started taking contemporary India as a theme. Even though the initial decades didn’t produce anything of great expertise, it sure did lay the foundation of a hopeful future. Women writers emerged with their concerns as well.

Below are some recommendations from the era of new wakefulness. An era of hope and building an identity over colonial discourse.

The Autobiography of an Unknown Indian(1951) by Nirad C. Chaudhuri

The book is a great example of looking at minute details of then India. Winston Churchill regarded it as one of his best-ever reads.

Nectar in a Sieve (1954) by Kamala Markandaya

This book beautifully captures the India of rapid urban advances. The book narrates the magnified effects of the same on a poor family.

Train to Pakistan(1956) by Khushwant Singh

A village in peace and diversity undergoes a test of time. The ‘ghost train’ came and asked the villagers questions, they never thought existed.

An orphaned boy in Dehradun explores his confusing adolescence. The description of life and market place of Dehradun is well depicted.

A corrupt tourist guide and/or a holy man. A must-read book that won the National Prize of the Indian Literary Academy.

A Time to be Happy(1958) by Nayantara Sahgal

The first campus novel is written in Indian English. This book is a great nostalgic piece about college days.

Desai picks women as her subject. In this book, she lets her heroine explore the frustration of an unsatisfactory life.

The Strange Case of Billy Biswas(1971) by Arun Joshi

A young man leaves the comforts of his city life. Experiencing first-hand tribal engagement gives him a real pleasure.

Jhabvala narrates the life and misadventures of a British civil servant’s wife. A scandalous life that is remembered even after her death.

India witnessed the death of two prominent political leaders. Then the Bhopal Gas Tragedy in 1984 killed many people and left many others disabled.
Around 1981 Salman Rushdie won the Booker Prize for Midnight’s Children. Though he was forced to flee the country and given police protection by the British Government when Satanic Verses (1988) stirred up controversy within Muslim communities around the world. Later in 1997, Arundhati Roy won the Booker Prize for The God of Small Things.

A poetry collection written on a visit to Jejuri, famous for the temple of Lord Khandoba reflects on various themes- faith, modernity, myth, etc. 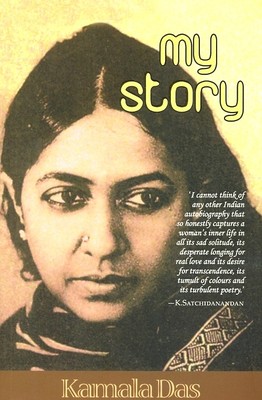 An exquisite autobiography of a woman and writer holding her own in a rapidly changing country.

A post-colonial magical-realist tale on rebellion, migration, and identity.

A meditation on formation of nation-states and intergenerational trauma. It poses questions on hyper-nationalism and how history is recorded.

A dark satire on the urban-rural divide. An urban English major joins the IAS and tries to find meaning in his new existence in the small town of Madna.

A Fine Balance by Rohinton Mistry (1995)

Four people bond during the turmoil of the Emergency imposed by Indira Gandhi in an unidentified city. Political upheaval is weaved with familial and personal tragedies throughout this masterpiece.

The God Of Small Things by Arundhati Roy (1997)

The booker prize winner (1997) revolves around fraternal twins, Rahel and Estha. A cousin drowning. Their divorced mother’s illicit affair with a worker of a lower caste. How their lives were changed within a matter of hours in a small town of Kerala years ago.

The Country Without A Post Office by Agha Shahid Ali (1997)

A powerful poetry collection cited by protestors, academics, and politicians on the Kashmir issue. It talks about the loss of home and anguish because of increased militancy and exile.

Towards the end of the 20th century, innumerable novelists saw the new era of literature coming. When a new leaf turned during the 2000s, several record-breaking books took birth. Analyzing a century’s literature is difficult if not started from scratch.

Dancing in Cambodia, at large in Burma by Amitav Ghosh (1998)

This collection of essays explores the lives of a Cambodian troupe of dancers. The real-life incidents from Ghosh’s life that excellently stun the reader.

Interpreter of Maladies by Jhumpa Lahiri (1999)

Lahiri knows how to express those feelings which are hard to describe in words. She is a magnum opus of the subtlety of everyday life.

The Algebra of Infinite Justice by Arundhati Roy (2001)

Roy writes several critical essays raising questions on national and international concerns. This is an eye-opening book as well as a scathing critique.

When Nariman is turned down by his sons, he approaches Roxana for refuge. This tale of acceptance and patience will stir your thoughts.

The Vine of Desire by Chitra Divakaruni (2002)

Sudha has to escape Sunil’s lustful desire and still be a companion to Anju. The novel explores vintage America, its promise of freedom, and the emotions of a trio.

Traverse through modern-medieval India with Balram Halwai as he narrates his success story. Adiga’s debut novel is highly unexpected and witty.

The definition of love for Naina and Michael is the opposite. But, they still come together to live under a roof. Fate topples down as one loses vision, whilst the other loses hold of dignity in love.

The Emperor of all Maladies by Siddhartha Mukherjee (2010)

This thriller novel is an account of the evolution of cancer. From its origin to the 21st century, cancer is the maladies of all diseases mankind has come across yet.

Follow the life of Poonachi, an orphaned goat who belongs to an old couple. Her life is more adventurous just as a human being.

After the death of his wife, Ullis comes to Mumbai to grieve his loss. Soon, his grief turns into a trip of revelation. Brimming with drugs and epiphany, Ullis revels in search of oblivion.

So, how many of these have you read?