12 Books to tickle your funny bone
Spread the love

Humour can be a way of removing yourself from certain situations. It can also be a way of looking at them objectively from a distance. I am sure that we could all use a good laugh right about now. So, pick up any one of these books to start the laughter or to gain a perspective.

*Insert a cliché quote about medicinal benefits of laughter*

You will be laughing uproariously at the comedienne’s introspection of four decades of her life- growing up as a single child. Her family keeps moving frequently. Also, she has self-esteem issues accelerated by late puberty and finding her footing in this scary empty world.

The Bachelor of Arts by R.K. Narayan

This book is infused with Narayan’s warmth and dry humour. It is a coming-of-age story of a literature student, Chandran, during the late colonial era who is grappling with adulthood and a heartbreak.

My Family and Other Animals by Gerald Durrell

An exaggerated fictionalised account of the author’s childhood spent with his family on the Corfu island in Greece. The narrator’s childlike wonder and innocence lead to interesting observations about life on this beautiful island.

Three Men in a Boat by Jerome K. Jerome

This classic is about three friends going on a boating trip up the Thames. I guarantee you that those two weeks is filled with funny anecdotes.

For a book packed with war and tragedy, Persepolis is interspersed with Satrapi and her grandmother’s wit and humour.

Arzee the Dwarf by Chandrahas Choudhury

A comedy revolving around a dwarf in the city of dreams. Arzee’s self-pity amusingly holds a mirror to us and the caricatures of people he meets along the way are entertaining.

The Diary of a Nobody by George and Weedon Grossmith

Mr. Charles Pooter is a bank clerk who decides to keep a diary and writes about his misadventures with his family and friends. An absorbing satire on the middle-class values and its ambitions.

A Confederacy of Dunces by John Kennedy Toole

A tragicomic history scholar tries his hand at various odd jobs, trying to fit into the world that keeps driving him to the fringes.

An unenthusiastic professor at an English University struggles in the world of academia which can be quite pretentious at times. 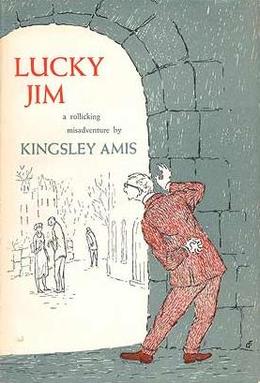 The Canterville Ghost by Oscar Wilde

The woes of a European ghost and his contempt for the cultureless Americans are central to this succinct book.

Bridget Jones is a klutz and constantly worries that she’ll die alone. She is a single thirty-something working woman. Wouldn’t you like to take a peek at her diary?

A manga about a 5-year-old moving to a new neighbourhood with her single dad. Also, it shows the struggle of making new friends. Reading Yotsuba’s antics feels like a warm hug.

So, tell us are you into humorous books or serious ones?