About two thousand years ago, people who loved reading hid their books from being seized and burnt by the Chinese emperor Shih Huang-ti’s men. Who would have thought possessing books could make you so edgy?
Phew! Censorship and banning of art are at least debatable today. Though not in North Korea where Animal Farm is still banned.

The Satanic Verses has riled people up, unlike any other book. From a death warrant for Salman Rushdie to the death of his Japanese translator, this book has seen and survived a lot of controversies.

Books like Alice’s Adventures in Wonderland and Animal Farm have been banned for the most absurd reason like they showed animals talking and behaving like humans. Some people feared seeing animals being elevated to the same echelon as humans.

Fanfiction makes the morality versus legality debate tricky. A shady sequel of J.D. Salinger’s The Catcher in the Rye called 60 Years Later: Coming through the Rye was published by Fredrik Colting going by his pseudonym John David California in 2009. Although Salinger got it banned in the U.S.A., it has been published and circulated in other countries.

Persepolis’ ban in Iran doesn’t come as a surprise. But being banned in Chicago’s schools in 2013 sure did! It was deemed unsuitable for 7th graders on the grounds of graphic language and images of torture, which led to a massive public outcry. Marjane Satrapi struck back with: “Seventh graders have brains and they see all kinds of things on cinema and the internet.”

John Green discussed the banning of his book Looking for Alaska in a video on his Youtube channel. He interestingly puts the onus on teachers and librarians to decide what books should be in a school or library. 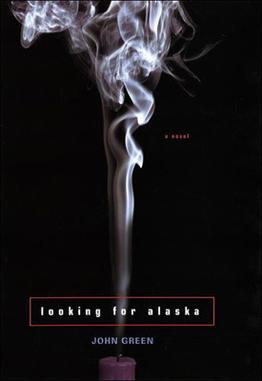 Words and critical thought got people into trouble even before there was paper to write on. Even the burning of books and threats to scholars didn’t act as deterrents to the survival of stories. They resurfaced time and again in some other form. Akiba Ben Joseph’s last words capture this beautifully: “The paper burns, but the words fly free.”

Have you read any banned book ever?